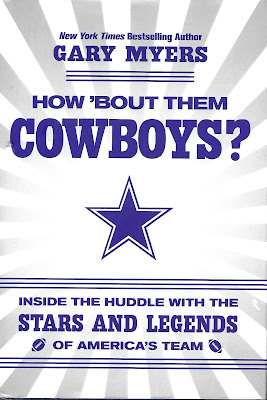 It's been about 25 years since the Dallas Cowboys truly mattered, at least to most football fans.

The Cowboys used to be known informally as "America's Team" for a reason. Dallas had a great run of success that more or less ran from 1966 to 1995, a stretch of 30 seasons. It won five Super Bowls during that time, and usually was a contender in the other seasons.

The only dead spot came in the late 1980s, when the Cowboys missed the playoffs five consecutive times. In the middle of that span came some hope in the form of new ownership (Jerry Jones) and new coaching (Jimmy Johnson). They brought the team up to date, and the Cowboys won three more Super Bowls in the 1990s. They might have won more, but Jones and Johnson had a very public divorce in the middle of the run, and the team never has completely recovered.

Do the Cowboys still fascinate? That's a very interesting question. A generation of football fans has never seen a Dallas team get past the divisional round of the playoffs. Yes, Skip Bayless talks about the Cowboys when he gets the chance on a talk show, but it's certainly not like the old days.

Still, some of the loyalties must be still around, because this book might not have been written without those fans. Author Gary Myers caught up with the franchise in 2018 in his book "How 'Bout Them Cowboys?", a phrase Johnson was used right after another big win.

Myers formerly covered the team during his days of working in Dallas in the 1980s and early 1990s. He then jumped to New York, where he became known for his work on a weekly recap program on HBO. So he's got plenty of credentials.

The reader's first question probably centers on the format and structure of the book. It's good to know going in that this is not a formal history of the team, although a little knowledge about the franchise's relatively ancient past (it was created in 1960) is helpful. Instead it goes through eight chapters that read something like good-sized articles about a particular aspect of the Cowboys.

Let's see - there's Jones' personal story about his rise to become a Hall of Famer, and how he ran in the business that made the Cowboys and every other NFL franchise increase in value drastically. There are chapters dedicates to tight end Jason Witten and head coach Bill Parcells. There's even a nice piece of work on some teammates from the 1980s who stayed close through the years. But make no mistake about - Jones is the centerpiece of the book.

Myers is a good enough reporter that he has some good stories about what actually happened along the way. Some of them no doubt have been hiding in his notebook until it was safe to tell people. Others were revealed when he did interviews for the book, and the subjects fell more free to spill some details. The writing is fine, although the slightly disjointed format apparently left some readers hoping for more structure.

Still, there's a simple test for the book - one I've used elsewhere. Are you a fan of the Dallas Cowboys? If so, it's safe to say you'll find this worth your time. The rating below applies to those readers. If not, well, your enjoyment level will suffer a little.